THANK YOU ALL FOR VISITING US DURING ELECTRONICS SHOW 2019 IN NADARZYN NEAR WARSAW. 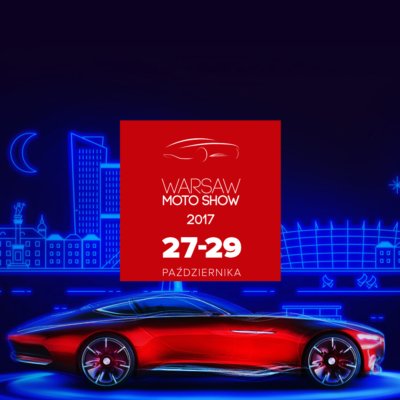 At our stand in Hall E, you will be able to see the premier presentation of the latest products in both VELEX and rugged vehicle categories.

Thanks to all who visited our stand at the biggest men's event organized in Poland.We invite you again next year.

On October 21-22, we invite you to MOBILITY DAYS 2016 in Warsaw. On this event we will present The latest smartphone RUGGED PHONES A20. Please visit our booth number B54. 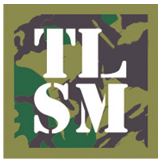 We invite you to the 4th Trade Fair of Uniformed Services.

We invite you to the 4th Trade Fair of Uniformed Logistics (Lodz Expo Łódź) on May 10-11, 2016. At the event we will show the latest model RUGGED PHONES V10. We also prepare a contest with prizes.

Test RUGGED PHONES Q7 + under the foot of the elephant.

Phone RUGGED PHONES Q7 + has been tested by an elephant! "Initially we wanted the elephant to step on the smartphone, but it definitely wanted to 'taste' how the device tasted - so that the smartphone was heavily wedged so we cleaned it in a dishwasher with water."

New model of the RUGGED PHONES M8 with wireless charging and LTE.

The RUGGED PHONES M8 series is now available. Now it has undergone a major modernization. The processor changed to a newer and more economical one; Android 5.1 also has a longer battery life; we have more memory available; the rear camera now has 13 MPix; the phone supports LTE / 4G; remained QI wireless charging system.

In the car, the Rugged Phones M8 is often used as a navigation device. Then it is required to connect it to the power supply because the battery is discharged quickly. Unfortunately, the power connection is inconvenient and rugged smartphones interfere with the port security plug.
Now you can order a Qi wireless charger for your RUGGED PHONES M8 smartphone. The bracket can be attached to the windshield or ventilation grille. The components of the power adapter cable and the car adapter itself are also included.

Currently, rugged smartphones are available in Kolter's network of stores. The offer includes the bron.pl and Hobby4Men lounges in Wroclaw. Regardless of the stationary shopping, you can shop online at www.bron.pl

EUROPOLTECH 2015
At the EUROPOLTECH 2015 show on 15-17 April we presented the whole family of smartphones RUGGED PHONES. There were also new models - the latest Rugged Phones Q7. You could see other solutions such as POWER BANK RUGGED high strength.

We would like to thank all who visited our booth at EUROPOLTECH 2015.

March 27-29, 2015 for the International Fair of Tourism in Katowice GLOBAL

We invite you to the International Fair of Tourism, SPA, Tourism Equipment and Sailing GLOBALNIE on March 27-29, 2015 in Katowice - FairExpo Fair Center (formerly the grounds of the International Katowice Trade Fair) ul. Bytkowska 1B, 40-955 Katowice. At stand 95 we will show our smartphones and will be able to take advantage of VELEX self-leveling electric vehicle test drive.

Arsenał magazine has tested the smartphone RUGGED PHONES M8. In December issue you can read the opinion about this "armored" smartphone. We invite you to read.
Read the article about the M8 in the December Arsenale.

Mobility Reseller Days 2014 has been a success. The visitors had a chance to see many of the new announcements that are very important before the forthcoming fourth quarter.

During the Mobility Resleller Days event, BMF presented the rugged smartphone brand RUGGED PHONES and TOUGHPHONE. Visitors can view all RUGGED PHONES models. The Rugged PHONES A8 was immersed in a water tube and visitors could call to confirm the operation. The two-day immersion test went through without fail confirming the tightness of the structure.

LOGO magazine has tested 5 robust smartphones. In the December issue you can read the testimonials in the pool.
Read the article in the December magazine LOGO.

At the stand of the BMF Center of Mobile Equipment Specialists, all presently offered smartphones from Rugged Phones are presented. The M8 was immersed in a pipe filled with water. Visitors could call this phone to see if it works. More than 150 people tested or immersed on the Rugged Phones M8 model.